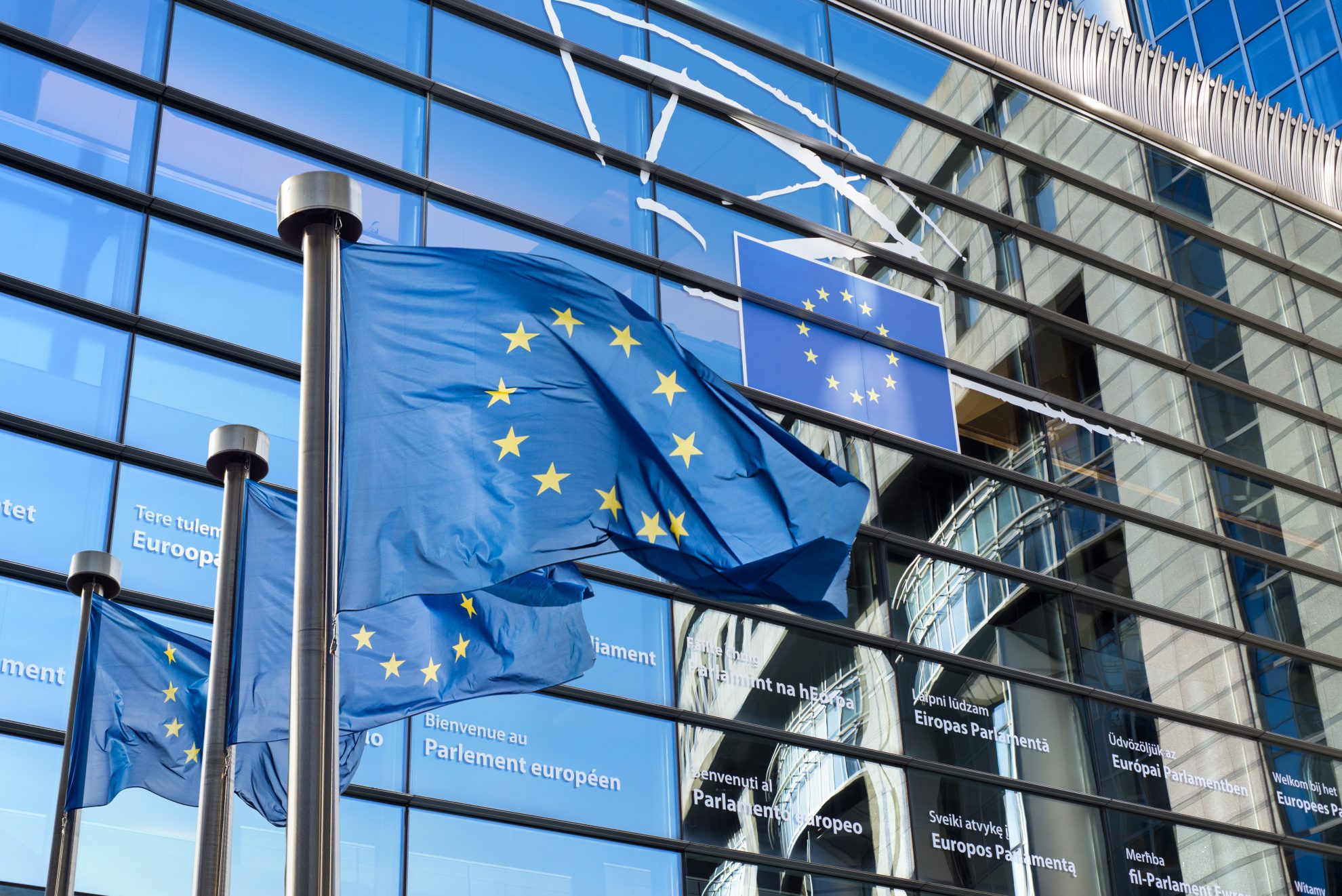 Note: The following is the testimony of Daniel Bunn, Tax Foundation Vice President of Global Projects, prepared for a EU Parliament Subcommittee on Tax Matters hearing on October 11, 2021, regarding the impact of national tax reforms on the EU economy.

Thank you for the opportunity to testify today. My name is Daniel Bunn, and I am Vice President of Global Projects at the Tax Foundation based in Washington, DC. Tax Foundation is a nonprofit, nonpartisan think tank dedicated to improving lives through tax policies that lead to greater economic growth and opportunity. Tax Foundation believes that an ideal tax code follows the principles of simplicity, neutrality, transparency, and stability. Our work in Europe is focused on providing policymakers and other researchers with data and tools to evaluate their tax systems relative to those principles and to identify policies that support economic growth and dynamism.

In response to the hearing topic of the impact of national reforms on the EU economy, today I am first going to discuss the diversity of tax systems within the EU. Second, I will lay out three important ways to consider reforms by Member States. I will close by providing some recommendations for the committee to consider.

Diversity of Tax Systems within the EU

The reliance on consumption, labor, or capital for tax revenues is also widely dispersed.

In a single market with such a wide diversity of tax policies, different countries will place varying priorities for reform on different areas of tax. When reforms are enacted there is therefore likely to be some spillovers on other countries and the broader EU economy.

Evaluating Reforms in the EU Context

So what happens when large or small Member States change their policies? What if, for example, France cuts its combined corporate income tax rate by 10 percentage points over the span of a few years?

The answer is that it is always difficult to tell, although today I will lay out a framework that I believe should be helpful in evaluating the impact of national tax reforms on the EU economy and thinking about a way forward.

First, I think it is important to remember that when EU Member States change their tax policies, they are often doing so with the welfare of their citizens in mind. Member State governments are interested in promoting opportunities for individuals and families to succeed and for the government to have sufficient revenue to fund social services, public health systems, and programs for the least well-off in society.

Tax changes that promote growth and investment can broaden the tax base and support a sustainable economic model that combines principled tax policy with broader social support systems.

Successful growth at the Member State level driven by sensible economic policy can provide a benefit to the EU as a whole.

As Member States grow, the economic pie for the EU as a whole can grow and more families and small businesses can benefit from the fruits of that growth.

Second, EU Member States do not make their policies in a vacuum. At the margin, some policy changes create spillover effects to other EU Member States. This occurs most commonly in cases where workers and profits can easily move across borders. In the EU, the fundamental freedoms protect the ability to invest and work across borders.

Both highly skilled and high-income workers are relatively mobile compared to the rest of the population. These are individuals who are more able to up and move to a different jurisdiction either for the benefit of themselves (seeking a lower tax rate and thus higher after-tax earnings) or the benefit of a company that would prefer the production of those individuals occur in jurisdictions with lower corporate tax rates.

Less mobile tax bases include consumption and physical property, and taxes levied on those are less likely to induce cross-border shifting or have significant impacts on the whole EU economy. If a customer needs to purchase something, they cannot easily manipulate where they are when they purchase the item. Physical property is also difficult to relocate. That includes not only houses and offices but also factories and laboratories.

Chasing mobile tax bases around the world can become incredibly expensive both for the tax administration trying to pin down where a company earned its profits and for those companies relying on sophisticated advice on how to structure their businesses.

The workers move and the research they are doing starts occurring in a different country, but there is not a significant net increase in R&D activity.

Tax Foundation’s annual publication, the International Tax Competitiveness Index, is designed to show countries where their tax systems are non-neutral and contribute to distortions in the economy that would not be there but for the tax policy decisions of lawmakers.

The EU is home to both the best examples of neutral, pro-growth tax policies and to policies that are designed for either attracting, or in some cases punishing, specific industries or businesses.

Estonia has topped our rankings since 2014 as a system that is transparent, easy to comply with, and provides sustainable revenue sources to the government. Estonia collected 33 percent of GDP in tax revenues in 2020, right along the OECD average, so it is difficult to argue that it is a low-tax country.

Recently, Italy has taken over last place in our rankings. In Italy, special taxes such as those that apply to financial transactions and digital services are in the same tax code as tax preferences for IP and research and development.

Multiple countries across the EU have adopted temporary policies either as a response to the crisis of the pandemic or as a political reaction to digitalization. Tax Foundation’s principle of stability suggests that policy should be designed and implemented for the long term. Tax policies should be designed with economic swings and shifts in business models in mind to provide individuals and businesses with the certainty that they need to make decisions.

The more narrowly targeted a tax base is, the more likely the tax system is to distort behavior—even cross-border behavior.

The EU should take these lessons seriously and avoid enacting narrowly tailored policies that do little more than distort the location of where to do business or where to work and invest. Tax policy can stand in the way of growth when it taxes workers or businesses too heavily.

That does not mean that governments are faced with a stark choice between raising revenue or supporting growth, and I will now move into a general recommendation I have for the committee to consider.

A strong EU economy means strong Member State economies with policies that support growth. Tax policy often has a role in supporting growth, but perhaps not in the way many may think. By moving the tax base away from more mobile forms of income and toward consumption or real property, policymakers can limit the burden on capital formation and business expansion.

How can this occur?

When confronted with the possibility of levying heavier taxes on business investment or on workers that are more mobile across borders, policymakers should focus their efforts on less mobile tax bases like consumption and real property.

Taxes on consumption and fixed property are less distortive to behavior and provide policymakers with an opportunity to raise revenues in a way that minimizes the risks of negative spillovers on other countries. Relying on consumption and property taxes also may provide room to limit taxation of work and capital formation so that the impact of reforms on the EU economy are positive overall while still providing governments with sufficient revenues.

What I am describing is a shift that has taken place over recent decades, as reliance on the VAT has increased.

Recent research from the OECD has shown that VAT is not nearly as regressive as previously thought and that when one considers how much higher-income individuals consume, it is possible that preferences that are built into VAT systems may be regressive themselves.

VAT is a powerful revenue tool because it does not distort business investment decisions and is neutral to individual decisions to consume their income or save it.

And there is a lot of room for progress on VAT to ensure that it is not a compliance burden and that special rates and preferences do not make it too difficult to administer and enforce.

VAT is also powerful because it provides significant revenue for public programs that support those in society who are most vulnerable.

When lawmakers across the EU reform their tax systems in ways that support economic opportunity, growth, and investment while raising sufficient revenue for valuable government services, they are working both in the interest of themselves and the betterment of the whole EU economy.

There are opportunities to continue in this direction, and EU policymakers should explore ways for Brussels to support reforms that are pro-growth and minimally distortive to the decisions of workers and businesses.

National tax reforms of that nature can support economic growth both at the Member State level and at the EU level.

Thank you, and I look forward to answering your questions.

Screening for High Quality Cheap Tech Stocks Made by Headliner
How to Save for Retirement When You’re Self-Employed
Best Hand Truck for Your Small Business
Ranking State Tax Systems: Corporate Taxes
‘We’re alive and kicking’: CEO of banking app Dave wants to dispel doubts after this year’s 97% stock plunge