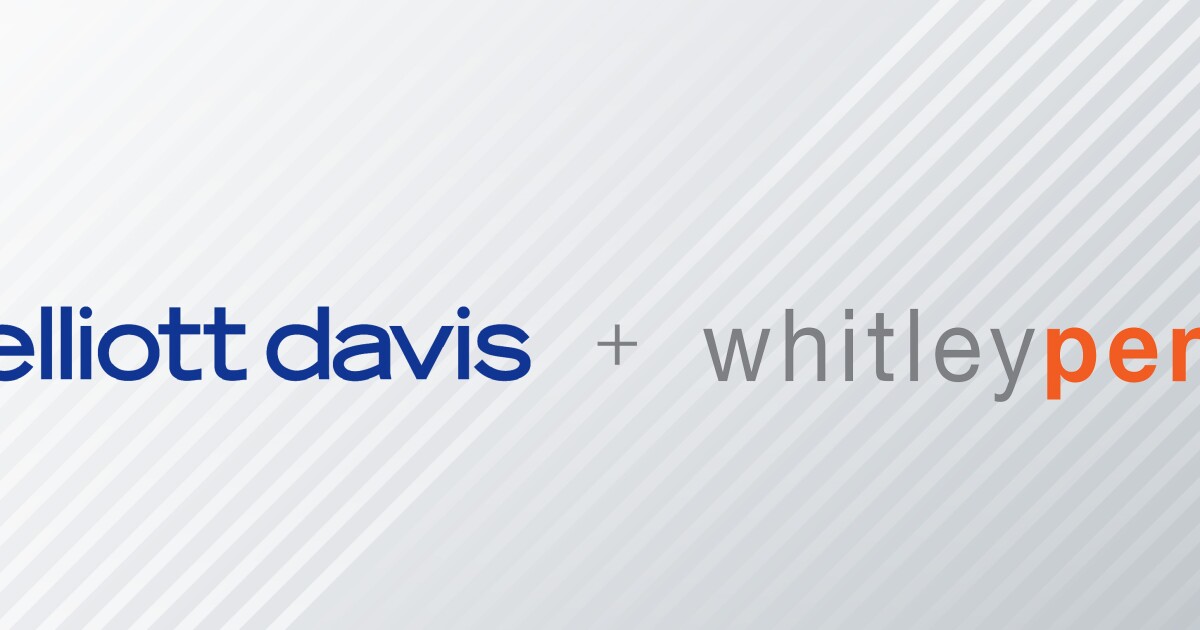 Two Top 50 Firms, Elliott Davis LLC and Whitley Penn LLP, are joining together in a mega-merger to form Elliott Penn LLP, accounting for approximately $400 million in combined annual revenue, when the transaction is scheduled to close on Nov. 1.

Financial terms of the deal were not disclosed. Whitley Penn, based in Fort Worth, Texas, ranked No. 40 on Accounting Today’s 2022 list of the Top 100 Firms, with $164.8 million in annual revenue. Elliott Davis, headquartered in Greenville, South Carolina, ranked No. 45, with $141 million in annual revenue. The new firm will have approximately 1,400 professionals working in 16 offices across the South. Whitley Penn has approximately 78 partners and 650 employees, while Elliott Davis has around 72 partners and 712 employees.

“Elliott Penn is the result of a long-term relationship which turned into a mutual conversation about what could be,” Autrey said in a statement Monday. “We chose to combine now, through a trusted relationship which allowed us to work together to create a unique opportunity for our customers and our people. I could not be more excited about what Elliott Penn will offer to the market and our teams.”

The two firms have been in talks about a merger as they saw the accounting profession go through a wave of consolidations and other changes.

“Through our conversations about the changing dynamics in our industry, we recognized that together we would cover the hottest growth markets in the country,” Davis said in a statement.  I am thrilled to be able to bring our capabilities to a broader range of customers through Elliott Penn and provide an attractive opportunity inspiring others looking to be in the best position for the future.”

The leaders predict the combination will vault them into the ranks of the Top 25, with professionals working across the country and offices in North Carolina, South Carolina, Georgia, Tennessee, Texas and New Mexico.

Last summer, Whitley Penn expanded by adding Werlein & Harris, a firm in Houston. In November 2020, Whitley Penn merged in Johnson, Miller & Co., a firm in Midland, Texas. In 2019, it merged in Speer & Associates, a firm based in Dallas, and in 2018, the firm added Dossani, Turnage & Van Hoose and its affiliate, Impact Financial Solutions, also in the Dallas–Fort Worth area.

Elliott Davis does not do mergers and acquisitions as often, but in 2020, the firm celebrated its 100th anniversary.

Op-ed: This ‘unfamiliar’ type of bond fund may offer opportunities for fixed-income investors
Settled medical debt is now dropping off credit reports — here’s how to check your record and make sure it’s right
CarParts.com and Technoglas Are Aggressive Growth Stocks
The S&P 500 just had its worst first half in more than 50 years, which ‘stressed’ this classic investment strategy
How FDI Adds Value to Supply Chains