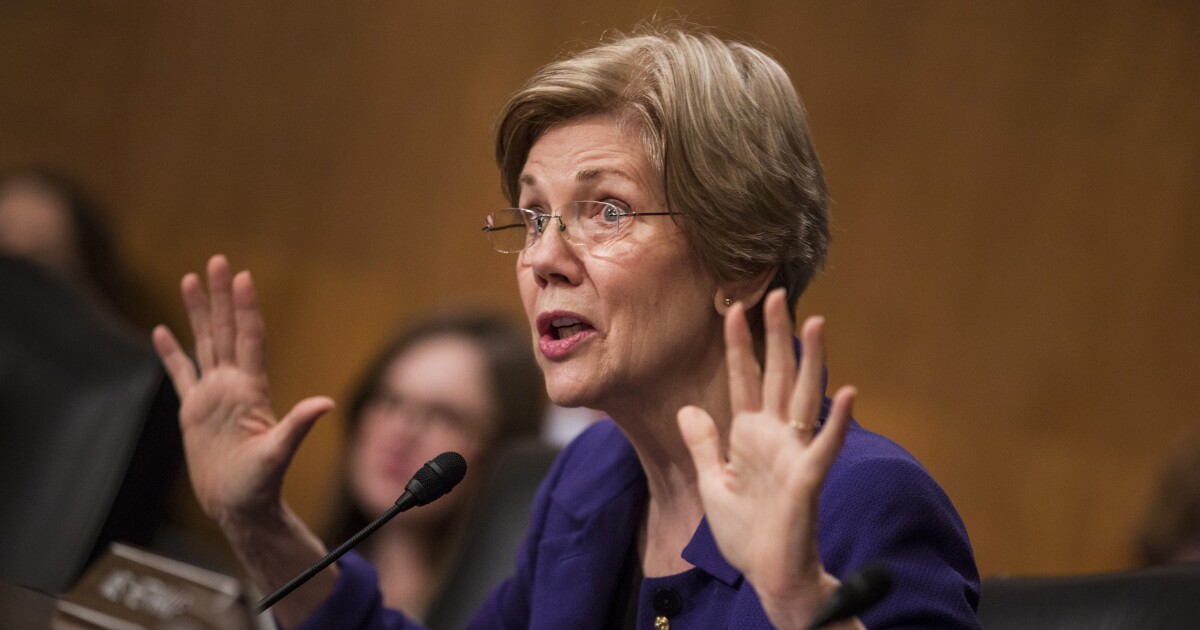 Sen. Elizabeth Warren, D-Massachusetts, and a group of nearly two dozen of her colleagues in the Senate introduced legislation to enable more taxpayers to file their taxes online for free directly via the Internal Revenue Service.

The Tax Filing Simplification Act of 2022, co-sponsored by Rep. Katie Porter, D-California, and Brad Sherman, D-California in the House, aims to fix problems with the IRS’s traditional Free File program, which Warren pointed out is used by only 3% of taxpayers, even though an estimated 70% of taxpayers are eligible to use it. However, many of the tax software vendors who participate in the program limit participation and tend to steer customers into paying for the software, at least if they want to file their state taxes. A series of reports in recent years by the investigative news site ProPublica over the practices of consumer tax prep market leaders Intuit and H&R Block prompted them to withdraw from the Free File program.

The Government Accountability Office recommended in an April report on the Free File program that the IRS develop additional options for free online filing, and Treasury Secretary Janet Yellen agreed that investing in truly free and simple tax filing tools such as those proposed in the legislation is “definitely a priority.”

“The average American spends 13 hours and $240 every year to file their taxes — that’s too much time and too much money,” Warren said in a statement Wednesday. “This is the result of corporations like Intuit sabotaging the Free File program to rake in large profits. Congress should pass my Tax Filing Simplification Act, and the IRS itself can and should adopt my plan to simplify the tax filing process for millions of Americans and lower their costs.”

The Tax Filing Simplification Act would direct the IRS to develop a free, online tax preparation and filing service that would allow all taxpayers to prepare and file their taxes directly with the federal government instead of being forced to share private information with third parties. It would actually prohibit the IRS from entering into agreements that restrict its ability to provide free online tax preparation or filing services. The bill also aims to improve taxpayer data access by allowing all taxpayers to download third-party-provided tax information that the IRS already has into a software program of their choice, saving time and decreasing the risk of math errors on W-2 income or CTC payments that lead to significant processing delays.

In addition, the bill would direct the IRS to expand the Child Tax Credit non-filer tool to cover other tax benefits, especially the Earned Income Tax Credit, by March 1, 2023. It would permit eligible taxpayers with simple tax situations to choose a return-free option, presenting them with a pre-prepared tax return with the income tax liability or refund amount already calculated.

The bill would also mandate that these data and filing tools be made available through a secure online function and require any participating individual to verify his or her identity before accessing tax data. The legislation aims to reduce tax fraud by getting third-party income information to the IRS earlier in tax season, allowing the agency to cross-check the information before issuing refunds.

“American taxpayers spend too much time and money preparing their tax returns,” said Sherman, a CPA and co-chair of the Bipartisan CPA Caucus, in a statement. “It doesn’t have to be this way. The Tax Filing Simplification Act represents a common-sense solution to a problem that’s burdened taxpayers for too long — simplifying the tax filing process with fewer costs and complications. Pleased to team up with Senator Warren and Congresswoman Porter in this effort to help the government work better for the people.”

Separately on Tuesday, Sherman joined Center for Audit Quality CEO Julie Bell Lindsay and Crowe CEO Mark Baer to discuss cryptocurrency regulation and the auditing profession with Punchbowl News. He believes the Securities and Exchange Commission should be in charge of regulating crypto as opposed to the Commodity Futures Trading Commission or the banking regulators.

“I think the place for regulation is the SEC because almost everybody I know that’s investing in crypto uses it as an intangible investment,” he told Punchbowl News founder Anna Palmer. “And that’s what the SEC does. If you’re buying something and it’s physical and you can put it in your safe like gold, OK, the SEC doesn’t deal with that. But anything that you can’t put in your safe, that is primarily purchased for investment, is regulated by the SEC. And I think that’s where regulation ought to be of the currency itself. If we’re talking about borrowing and lending, then you also need the bank regulations.”

Lindsay pointed to the results of a recent survey by the CAQ of audit partners (see story). “One interesting statistic that I was thinking about as Rep. Sherman was speaking was 69% of audit partners reported that to date, they’re not seeing crypto being accepted as a form of payment in the public companies space,” she said. “Now, the SEC has put out some guidance recently regarding the accounting for crypto when you’re voting as custodian. But at least, as of now, when it comes to public companies in the impacts on financial statements, we haven’t seen that in great measure.”

She and Baer pointed to the impact of the Sarbanes-Oxley Act of 2002 on improving audit quality, which led to the creation of the Public Company Accounting Oversight Board.

“During the 20-year anniversary of Sarbanes-Oxley, [we’ve seen] continuous investment in technology, continuous investment in human capital to enhance audit quality,” said Baer. “If I look back at the past 20 years, there hasn’t been another Enron or WorldCom, thankfully. We recognize that we have to continue to improve and work together as a profession in that regard. And that’s been very much top of mind.”

Similarly the Democrats and independents backing the tax simplification legislation in the Senate and the House would like to see the IRS in the driver’s seat for providing free tax filing software.

“It should be free and easy for Americans to file their taxes; instead, Orange County families have to waste time and money each year,” said Rep. Katie Porter, a member of the House Oversight and Reform Committee, in a statement. “The IRS already has the information it needs to calculate tax liabilities and refunds, but corporate special interests like TurboTax have lobbied Congress for years to allow them to keep abusing taxpayers to line their pockets. Our Tax Filing Simplification Act puts people first and makes government work better for taxpayers.”

Here’s why protecting Social Security may be a consensus issue for key group of women voters in the midterm elections
Best & Worst Performing ETFs of Q3 2022
How to Build Credit for Your Business
Blockchain-based bank network successfully tested
Some seniors make this costly Medicare enrollment mistake. A bipartisan bill looks to fix it