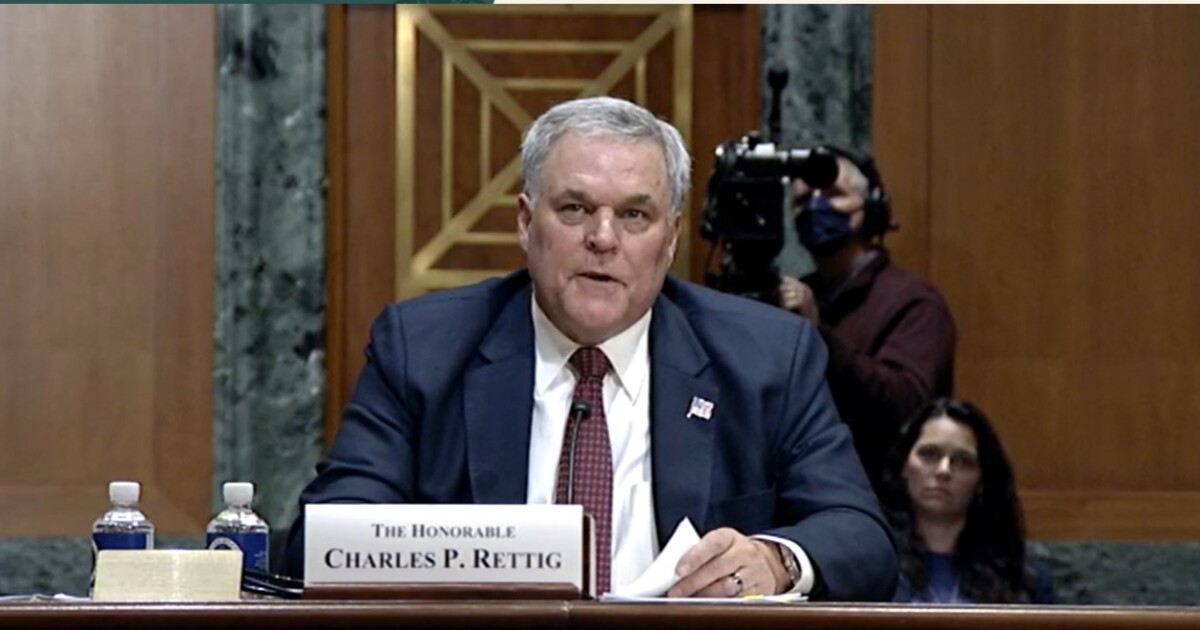 Internal Revenue Service Commissioner Charles Rettig is scheduled to testify on Capitol Hill about recent reports that the IRS subjected two former FBI directors to purportedly random but rare tax audits after they were fired by former President Trump, even as IRS officials pointed Wednesday to possible explanations for the audits.

Last week, reports emerged in The New York Times and other outlets that both former FBI Director James Comey and his deputy and successor, Andrew McCabe, had been subjected to intensive audits as part of the IRS’s National Research Program after Trump blamed them for the FBI’s probe of his 2016 campaign’s ties to Russia (see story).

The audit of Comey’s 2017 taxes under the IRS’s National Research Program began in 2019, after Trump appointed Rettig as IRS commissioner, while the audit of McCabe’s 2019 taxes began in 2021, during the Biden administration. For 2019, only about 8,000 tax returns were selected for audit under the program, and only 5,000 in 2017. The intensive audit program has been described as an “autopsy without the benefit of death.”

Rettig came under heavy criticism after the reports emerged last week, and Rep. Bill Pascrell, D-New Jersey, chairman of the House Ways and Means Oversight Subcommittee, reiterated earlier demands that Rettig be fired, although Rettig’s term as IRS commissioner will end in November.

The IRS referred the matter to the Treasury Inspector General for Tax Administration to investigate (see story). However, lawmakers still want to hear directly from Rettig and he is scheduled to testify behind closed doors to both the House Ways and Means Committee and the Senate Finance Committee, according to the Washington Post. The Senate hearing is scheduled for July 26, according to Reuters.

“Donald Trump has no respect for the rule of law, so if he tried to subject his political enemies to additional IRS scrutiny that would surprise no one,” Wyden said in a statement.

House Ways and Means Committee Chairman Richard Neal, D-Massachusetts, asked TIGTA to do a probe. “The American people need to have full faith in the IRS and the fair administration of our tax laws,” he wrote to Inspector General J. Russell George. “I am very concerned about the impact on public confidence resulting from allegations that the IRS has been used to exact revenge on political enemies.”

The IRS has defended its actions. The service declined to discuss the specific cases, but said it would hand over the matter to TIGTA for review. “Federal privacy laws preclude us from discussing specific taxpayer situations,” said spokesperson Jodie Reynolds in a statement last week. “Audits are handled by career civil servants, and the IRS has strong safeguards in place to protect the exam process — and against politically motivated audits. It’s ludicrous and untrue to suggest that senior IRS officials somehow targeted specific individuals for National Research Program audits. The IRS has referred the matter to the Treasury Inspector General for Tax Administration for review. IRS Commissioner Rettig personally reached out to TIGTA after receiving a press inquiry.”

The Professional Managers Association, a group of IRS officials, issued its own explanation Wednesday of why the audits of Comey and McCabe might be justified.

“Trust in government and the rule of law rests on the apolitical delivery of government services and enforcement of federal laws,” said executive director Chad Hooper in a statement. “PMA is confident the vast majority of Internal Revenue Service employees uphold their oath to faithfully and impartially serve the American people. If there was political interference or bias at play in the IRS research audits against Comey and McCabe, we encourage the service to take necessary action. However, much is still unknown, and we caution lawmakers and the media not to undermine public trust in our tax system based on unfounded assumptions or partial information. It is important to understand the procedure the IRS’s Research, Applied Analytics and Statistics Division follows for deciding who to audit. First and foremost, tax returns are subject to a statistical assessment. Anomalous tax returns are flagged for possible audit. A research audit does not imply non-compliance, it merely acknowledges a tax return is particularly unusual and suggests further review by a local IRS field office.”

He pointed to some possible reasons why the former FBI directors’ tax returns were both selected under the program. “It is not surprising Comey and McCabe’s tax returns were flagged as anomalous,” Hooper continued. “Comey was a federal employee for nearly 15 years until 2017. The next year, he released a book with sales topping 600,000 in the first week. Similarly, McCabe departed federal service in 2018 and published a book the next year that landed on the New York Times Bestseller list. Needless to say, both individuals’ tax returns likely changed dramatically in a short period of time, making those returns appear unusual. It would be expected for the statistical assessment system to flag their returns for their local IRS field office.”

He explained the way the process is supposed to work. “Once the tax return has been flagged by the system, an IRS field manager has limited discretion to move forward with a research audit or remove a taxpayer from the sample,” Hooper stated. “When a field manager gets notified about a controversial political figure’s anomalous return, they have two choices: one, conduct a research audit and face accusations of conducting a politically motivated audit; or two, forgo conducting an audit and face accusations of going easy on political figures. The IRS manager is left between a rock and a hard place where either way there may be a perception of bias. When news breaks that political figures are audited, the field manager looks bad. If news breaks that the system alerted the field office of a possible anomaly and the office chose not to perform the audit, the field manager looks bad. One might argue the easiest route for a manager to take is to conduct the audit as the statistical assessment suggested.”

He believes IRS managers should be given more discretion, not less, to decide which tax returns to select for audit. “PMA continues to advocate for additional training for IRS managers, particularly anti-bias training, to ensure all managers are equipped with the tools to exercise their discretion appropriately,” Hooper stated. “Deciding when to conduct a research audit is not an easy decision and managers must be prepared to make evidence-based decisions. Finally, while we acknowledge an IRS research audit is a time-consuming and frustrating process, the audit itself is not a finding of wrongdoing or even an implication of noncompliance. It simply means the IRS is reviewing additional records. While an audit may be inconvenient, audits are necessary to ensure the proper enforcement of our nation’s tax laws and we appreciate former director Comey and deputy McCabe for complying in this process. If there was improper political interference or bias, we are confident it will be brought to light and that the IRS will take the appropriate next steps.”

After the audit concluded, the Comeys received a $347 tax refund from the IRS. The McCabe audit found that he and his wife Jill owed a small sum of money to the IRS, and they paid it.

What’s Going On With FedEx?
Net Operating Loss Carryforward and Carryback Provisions in Europe
Bond yields soar as markets weigh threat of a recession. What it means for your investments
Inflation concerns hit new high for small biz
Everything parents need to know about student loan forgiveness