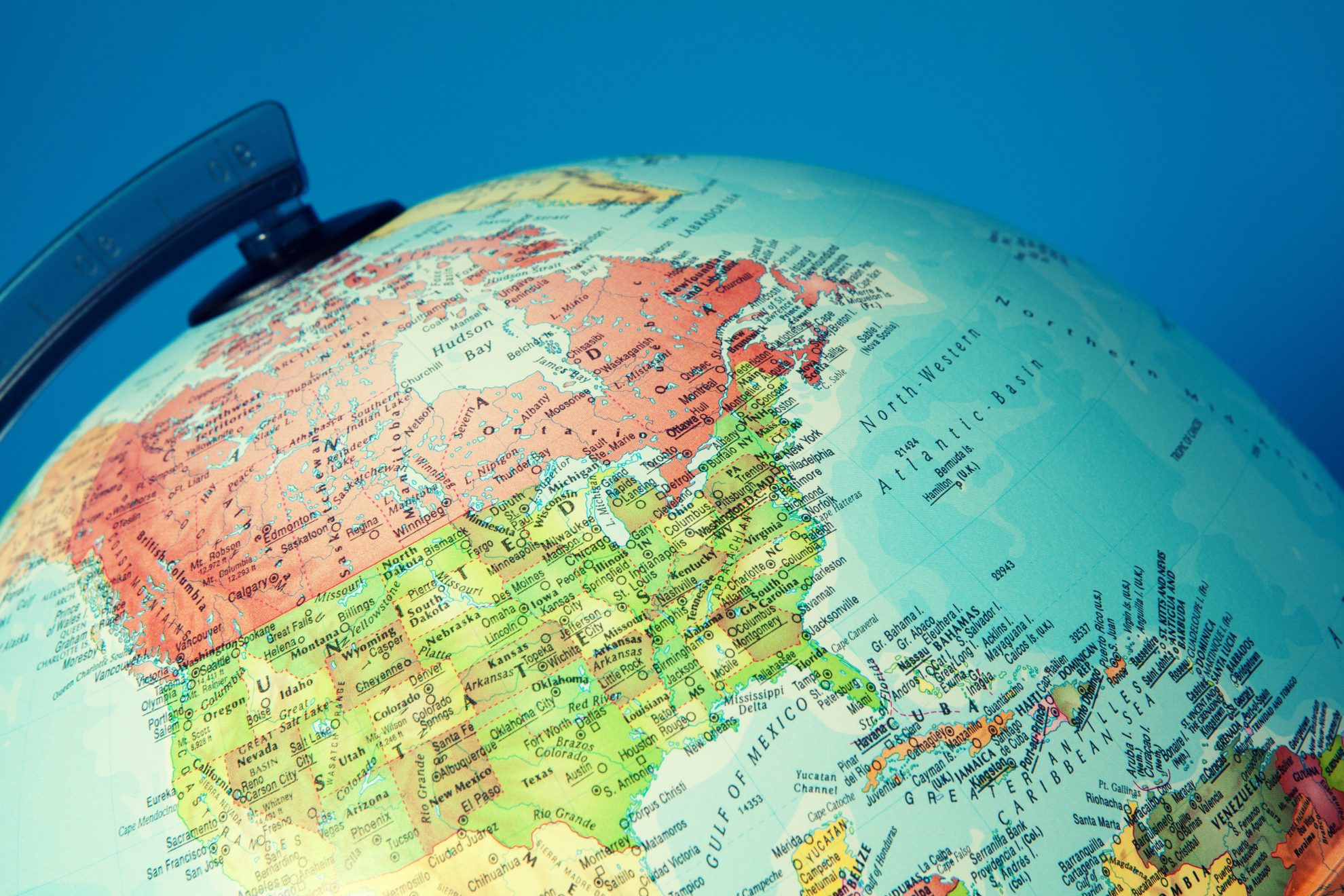 The Biden administration has proposed several changes to the U.S. international tax system that would raise taxes on multinational enterprises (MNEs). Similarly, the OECD’s tax proposals would raise taxes on MNEs. Together, the proposals would affect patterns of international investment and potentially decrease the volume of foreign direct investment (FDI).

Under the tax proposals in the House Build Back Better Act (BBBA), the deduction for Global Intangible Low-Taxed Income (GILTI) would be reduced to 28.5 percent (from the current 50 percent), raising the minimum tax from 10.5 percent to 15 percent (aside from the foreign tax credit haircut). The change would be comparable to the OECD’s Pillar Two proposal, which also calls for a 15 percent minimum tax on the same type of income. The BBBA would also reduce the deduction for Foreign-Derived Intangible Income (FDII) to 21.85 percent, raising the FDII tax rate to 15.8 percent.

Academic research indicates foreign direct investment (FDI) is highly responsive to the corporate effective tax rate (ETRs); that is, the tax rate after accounting for all deduction and credits available to corporations. Using a database of 85 countries from PricewaterhouseCoopers, a team of economists found a large negative effect of corporate ETRs on FDI. Raising the ETR by 10 percentage points reduced inbound FDI in the first year by 2.3 percentage points.

A recent analysis by the United Nations Conference on Trade and Development (UNCTAD) examined the impact of the proposed global minimum tax as outlined in Pillar Two on FDI. Unlike GILTI, which has a broader tax base, the Pillar Two minimum tax would only apply to MNEs with revenues larger than 750 million euros (US $763 million). Large MNEs alone, however, account for two-thirds of FDI, so the economic impact could still be significant.

The report calculates ETRs under a Pillar Two regime. Most traditional estimates calculate ETRs as a ratio of taxes paid in a host country to the profits reported there. However, because of profit shifting, the calculation tends to overstate the tax rates multinationals face in host countries. The UNCTAD paper instead calculates an FDI-level ETR, defined as the ratio between the corporate income tax on the income generated by the FDI stock in the host country and the FDI income itself, even though some of the income and tax may be reported in other countries. The paper finds that FDI-level ETRs for the non-tax haven countries are about 2 to 3 percentage points lower than standard estimates. 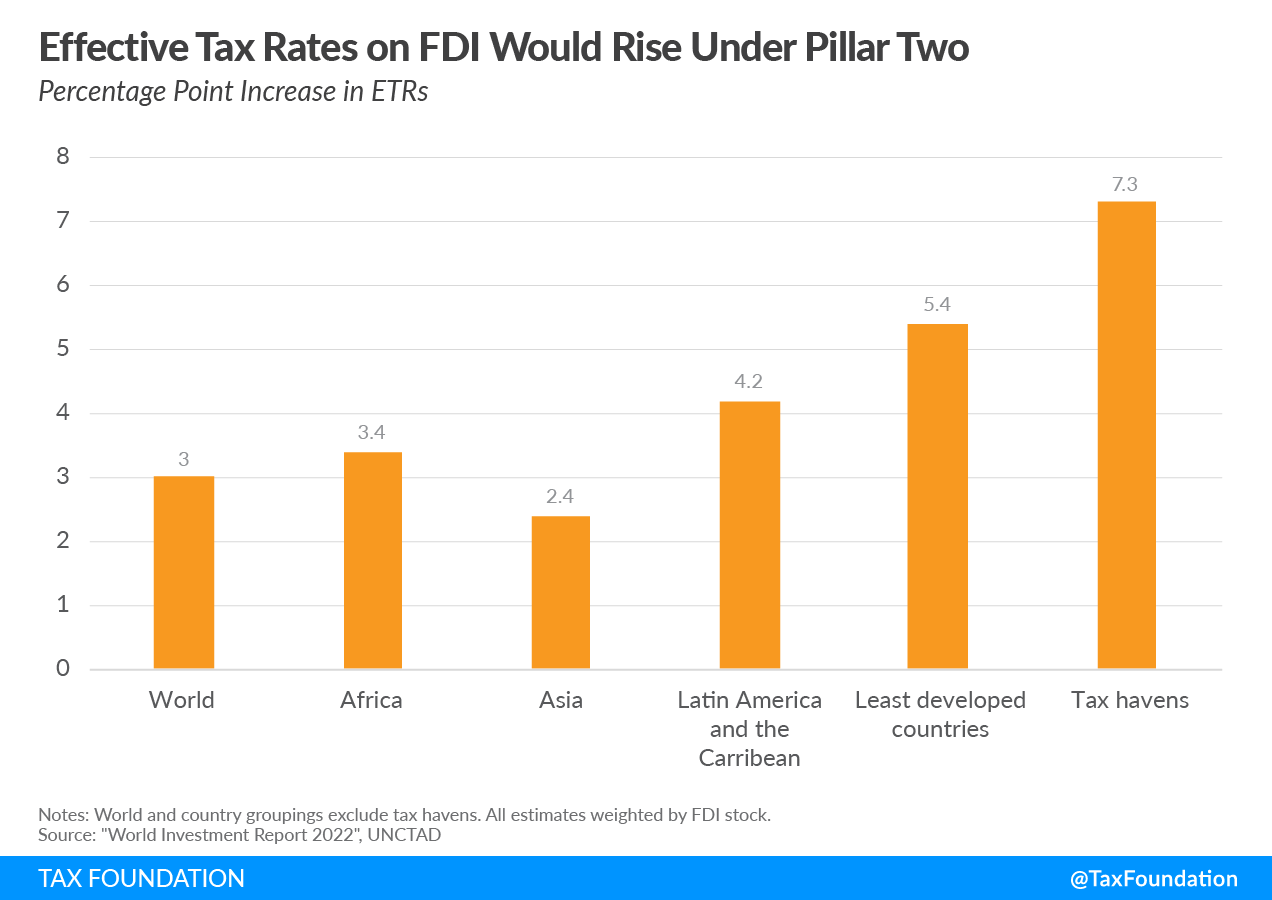 The paper predicts the increase in firms’ tax liabilities from the imposition of a minimum tax would cause the volume of FDI to fall by as much as 4 percent, as the marginal return on each dollar of investment will be lower. Due to the reduction in tax differentials between the low-tax jurisdictions and other countries, firms would have stronger incentives to shift investment from tax havens to higher tax countries, as occurred during the Tax Cuts and Jobs Act. The paper estimates FDI in tax havens could fall by as much as 7.3 percent.

As foreign direct investment (FDI) provides many benefits to both the host country and foreign countries, policymakers should continue to tread carefully when debating how to change the taxation of cross-border investment, avoiding proposals that would dampen investment incentives.

Note: This is the fourth and final post in our blog series exploring the importance of Foreign Direct Investment (FDI) and its relevance for tax reform. This post will assess the impact of future tax proposals on FDI.