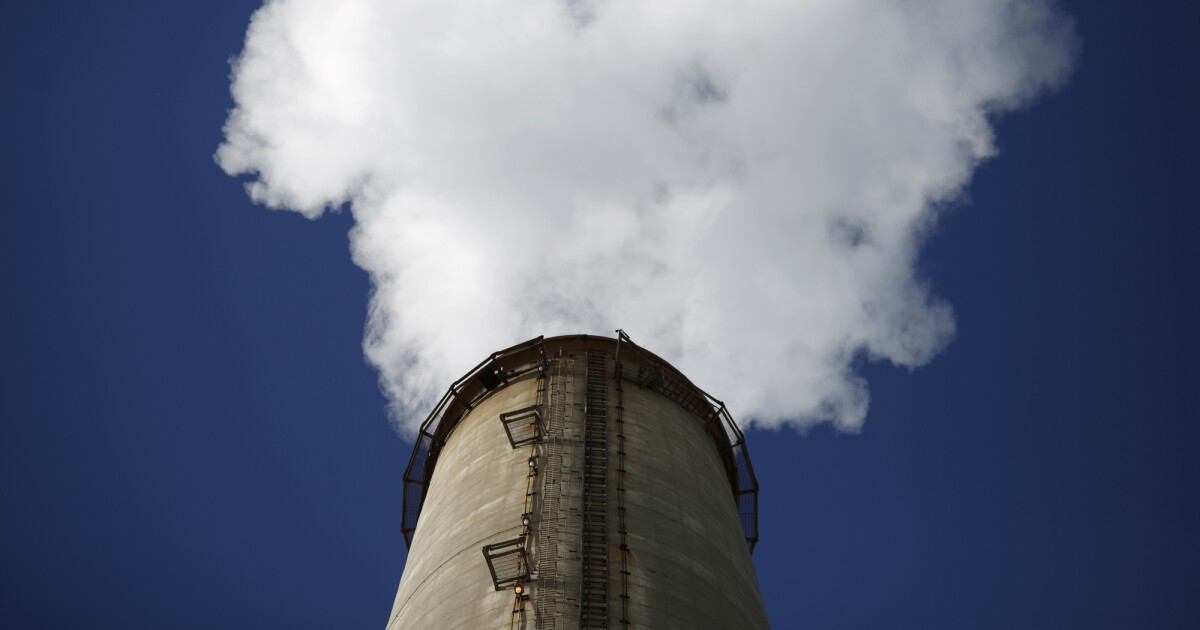 The Inflation Reduction Act that Senate Democrats managed to pass on Sunday and that is heading for an expected vote in the House on Friday includes a set of tax credits intended to incentivize renewable energy and the purchase of electric vehicles as part of a broad package of controlling climate change. But lesser known provisions may lead to a kind of tax on carbon and methane emissions for the first time in the U.S., or at least prompt accountants to get involved in tracking such carbon dioxide and methane emissions, as well as nitrous oxide.

The bill provides funding to the U.S. Department of Agriculture’s Natural Resources Conservation Service for conservation technical assistance as well as a program to quantify carbon sequestration and carbon dioxide, methane, and nitrous oxide emissions. It also would modify several provisions related to oil and gas leasing on public lands, requiring royalties to be paid for methane gas extracted from federal lands, including offshore land.

While there are no explicit taxes on carbon or methane emissions in the bill, some of the language may suggest a path there. Democrats had tried during the Obama administration to include a cap-and-trade scheme that would have put a price on carbon emissions as part of a larger climate package, but the effort stalled in the Senate in 2010 after passing in the House in 2009. The new Inflation Reduction Act may be a harbinger of such a carbon tax, at least when it comes to methane emissions, which are often overlooked when companies make commitments to a “net zero” goal on carbon dioxide emissions.

“The U.S. is landing on tax policy, which provides incentives for transition, but also it provides a basis for carbon as a tax,” said Wes Bricker, vice chair and U.S. Trust Solutions co-leader at Big Four firm PricewaterhouseCoopers, and a former chief accountant at the Securities and Exchange Commission. “They landed on a particular molecule, methane, but I think that’s the start of a longer-term trend. If you think about different forms of tax bases, like income tax, we know what that is. But that’s kind of hit, at least in the current climate, the ceiling. It’s hard to change the income tax rate. Digital tax is not so popular in the U.S. It’s more popular in Europe, but it’s not worldwide. For carbon, however, there’s much more worldwide consensus that tax could be applied to carbon as a basis for a tax system. So I thought it was interesting that methane is one molecule in that broader family that was included in the legislation.”

Other countries, especially in Europe, have been able to enact a carbon-trading scheme through the EU Emissions Trading System as a way to combat climate change, effectively putting a price on carbon dioxide emissions. The idea has even spread to Mexico, but so far the U.S. has resisted the effort, at least since the 2009 climate package. The move to include methane in the current Inflation Reduction Act, especially when it comes to pollution from natural gas and petroleum production, could be a kind of stealth carbon tax.

“I think it’s one of several molecules which will receive focus,” said Bricker. “It’s part of transitioning the economy over time to alternative sources of energy. In emerging markets, for example, there are 14 states in Mexico that have enacted or proposed carbon-based taxes. Emerging economies see it also as a way of raising revenue, largely raising revenue from outside their borders, so it’s politically popular with their citizens.”

“The accounting profession needs to have expertise and standards,” said Bricker. “They need to have the technology to really deliver trust in the data, which is then the basis for tax. It’s not different from whether it’s income or sales tax or use tax or excise taxes. There can be a lot of different sorts of foundational bases for allocating tax burden. But this is a more recent one, and I see it as an opportunity for the profession to be engaged here. PwC will do its part. We’ve advocated for quality in non-financial data, including greenhouse gases. That might include methane.”

The Inflation Reduction Act also includes various tax incentives for renewable energy sources, such as the electric vehicle tax credit, a carbon capture credit, a production tax credit, and an investment tax credit (see story). But the package does include some provisions pertaining to methane emissions, especially in the petroleum and natural gas industries. Methane emissions can also be produced on farms from livestock.

“There are small, very specific pieces for business models that produce methane,” said Bricker. “And it’s a tax on an escalating basis, which encourages transition. I think that’s a step toward a more sustained approach toward reallocating investment opportunities based on incentives as well as tax burdens.”

Financial statement preparers and auditors may need to get involved in the area of emissions reporting as well.

“CFOs, auditors and accountants need to land on good reporting for the effects of that,” said Bricker. “Some of it will show up in the financial statements in the tax provision line, because those are in elements connected to income. But most of the credits and taxes within the bill are independent of income, so it shows up in the financial statements above the tax provision. It shows up in ongoing operations. It might be an excise tax or a use tax, for example. It shows up as part of the G&A section of an income statement. The importance of that is accountants have an opportunity for clarity with investors because investors need to then be able to identify those geography decisions and how it might impact a measure like EBITDA, earnings before interest, taxes, depreciation and amortization. It’s that tax piece. Some of it will be in the T. Others will not be. It will be in the E, so analysts need to understand, where does it show up? And accountants have a role to play here, whether you’re on the preparer side, the assurance provider side, or the analyst side.”

The EU’s Windfall Profits Tax: How “Tax Fairness” Got in the Way of Energy Security
Best Portable Generators That Save You in a Pinch
Economic Implications of an Alaska Income Tax or Its Alternatives
Dillard’s (DDS) and Jeld-Wen (JELD): 10/4/2022 Bull & Bear
Best Commercial Utility Cart Options for Your Business