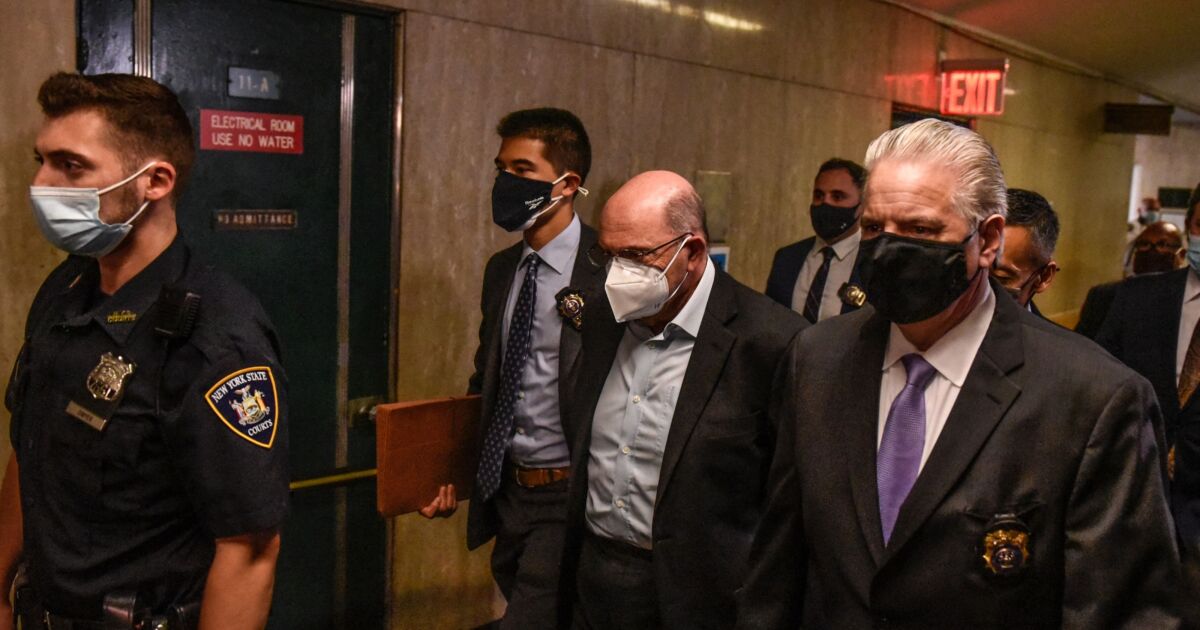 The Trump Organization and its longtime chief financial officer, Allen Weisselberg, will go on trial Oct. 24 on tax fraud charges, after a New York state judge rejected their request to dismiss the case.

The ruling and trial date capped a week of legal threats for Donald Trump. While he isn’t a defendant in the case himself, it came on top of an FBI search of his Mar-a-Lago home on Monday and a deposition by New York Attorney General Letitia James on Wednesday in her civil probe of his business.

Weisselberg and the Trump Organization were charged last year with conspiring to avoid income taxes by paying certain employees in unreported perks. Weisselberg, 74, was accused of being the main beneficiary of the scheme, receiving more than $1.7 million in benefits including a free Manhattan luxury apartment and Mercedes-Benz cars for both him and his wife.

New York State Supreme Court Justice Juan Merchan on Friday set the jury selection date and issued a series of rulings. While he rejected a request by Weisselberg to dismiss a tax fraud charge against him, finding the evidence “legally sufficient to support the charges in the indictment,” he granted that request for the former president’s company.

Weisselberg and the company also argued that prosecutors had “targeted them impermissibly for prosecution on the basis of political animus.” Merchan rejected those arguments.

The defendants had argued that state prosecutors had no authority to bring charges for alleged avoidance of federal income tax. They also suggested that some of the perks could be characterized as “gifts” made by Trump rather than income paid by the company. The judge rejected those arguments as well.

While the judge dismissed one count of tax fraud against the Trump Organization, the business still faces a host of charges including falsifying business records and conspiracy. Weisselberg also faces a count of grand larceny.

The trial, which could still be underway during the November midterm elections, is one of several legal threats facing Trump. The Justice Department is investigating his possible removal of confidential documents from the White House, and the former president invoked his Fifth Amendment right against self-incrimination to avoid answering questions at his deposition by James.

The case against Weisselberg and the Trump Organization was brought by former Manhattan District Attorney Cyrus Vance Jr. The two veteran prosecutors who led the investigation resigned in February, alleging that the new Manhattan DA, Alvin Bragg, had stopped supporting their push to bring criminal charges against the former president. Bragg has said the investigation is ongoing. Weisselberg and Trump’s company have pleaded not guilty to the charges.

Weisselberg argued in court filings that he was charged mainly because he refused to cooperate in a prosecution of Trump. Weisselberg said prosecutors told him at a meeting before his indictment that his only “way out” would be to cooperate with their probe of Trump. He said he was warned that one of his sons could face charges.

Trump unsuccessfully fought against having to sit for James’s deposition in part by arguing that her civil probe was a smokescreen to gather evidence for Bragg’s criminal investigation.

Bragg says the charges were “based on criminal tax evasion that took place in New York County and were the type of crimes the office regularly prosecutes. It arises from the fact that Allen Weisselberg violated the basic imperative that all New Yorkers faithfully report and pay tax on their income.”

Prosecutors say the investigation was launched in response to a November 2020 Bloomberg News story that described how the Trump Organization relied on various in-kind payment practices to help reduce its tax bills.