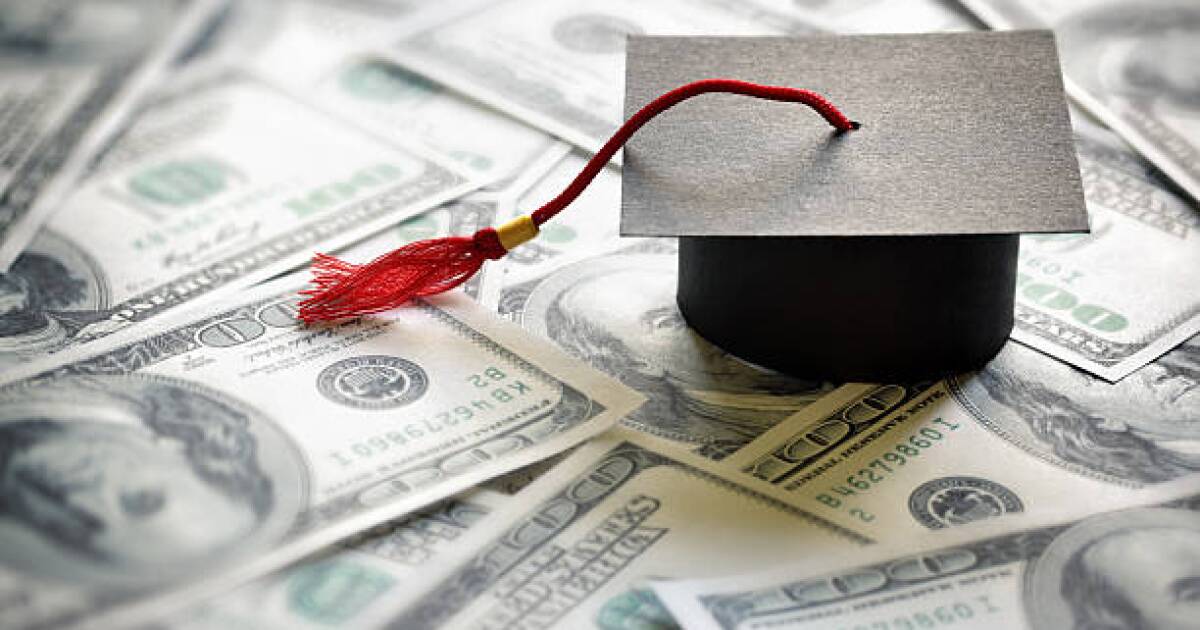 Concerns have mounted over the last few days about the tax ramifications of President Biden’s forgiveness of student loan debt.

Biden announced Wednesday he would forgive $10,000 in federal student debt for borrowers making less than $125,000 per year, or $250,000 for married couples filing together or heads of households. He will also cancel up to $20,000 for Pell Grant recipients, as long as the student loans are held by the Department of Education.

Currently, 43 million Americans have student debts and the White House estimated that Biden’s student debt plan would eliminate the full remaining balance for about 20 million borrowers. The distribution of these benefits aims to support low-income individuals, with 90% of help going to those who earn less than $75,000 a year.

“All of this means people can start to finally crawl out from under that mountain of debt to get on top of their rent and their utilities, to finally think about buying a home or starting a family or starting a business,” said Biden in a statement.

The news came a week before the current two-year-old pause on student loan payments was set to expire, which prevented borrowers’ interest from accruing. The plan extends the pause on repayments “one final time” until December, at a cost of roughly $5 and $10 billion per month.

What does it mean for borrowers?

The White House confirmed that the American Rescue Plan of 2021, which made student loan forgiveness nontaxable through 2025, would also cover Biden’s current plan. It includes people whose student loans are classified under the Income-Driven Repayment program and the National Health Service Corps program.

The tax break is an opportunity for borrowers, who pay on average $393 per month for their student loans. Generally, the IRS treats loan forgiveness as if the borrower earned additional income for the previous tax year, and it can move them into a different tax bracket. For example, if a borrower with $15,000 in student loans and an annual income of $50,000 sees their debt forgiven, the $15,000 debt is added to their taxable income for a total of $70,000.

The IRS allows borrowers paying interest on their student loans to deduct either the amount of interest they paid from their annual gross income or $2,500 to reduce their tax liability. To claim the above-the-line deduction, borrowers must have paid interest on a “qualified student loan,” which means any money that was taken out to finance their higher education or their dependents. More than 12 million taxpayers claimed the student loan interest deduction in 2018, with tax savings up to $550.

However, being able to claim a deduction depends on several factors, such as filing status or annual income. Over the last two decades, one-third of borrowers defaulted on their student loan payments, and those individuals are no longer eligible for the deduction.

What does it mean for taxpayers?

When Biden first released his plan, many public figures expressed concerns about the impact it could have on inflation, but most economists agreed the financial toll would not fall on the economy.

The Committee for a Responsible Federal Budget found the student debt cancellation would undo the disinflationary benefits of the Inflation Reduction Act, meaning the course of inflation would simply stagnate. On Tuesday, Harvard economist Jason Furman argued that student debt forgiveness will only add between 0.1% and 0.2% to inflation, which reached an almost 40-year high last month with a rate of 8.5%. As for the nation’s GDP, Moody Analytics estimated the combined impact will reduce real GDP in 2023 by 0.05 percentage points.

“Whatever you think about student debt cancellation, inflation worries shouldn’t drive the policy, as some people seem to be arguing,” said former World Bank chief economist Joseph Stiglitz. “What next? Eliminate food stamps as a way to fight inflation?”

However, critics still found deficiencies in Biden’s program, notably in terms of costs for taxpayers and the U.S. economy, along with the people this resolution is supposed to assist.

The Penn Wharton Budget Model found the resolution would cost the government a total of $329 billion over 10 years. Using this data, the National Taxpayers Union released a report Tuesday stating that Biden’s plan could cost the average taxpayer more than $2,000. The organization found this result by calculating how lawmakers could compensate for the plan’s total cost through tax increases, spending cuts and/or borrowing. The Committee for a Responsible Federal Budget estimated that with $20,000 in debt relief for some borrowers, the cost could reach $440 billion to $600 billion during the same period. Private economists also estimated the program could add up to $600 billion to the federal debt, which currently sits at $30.7 trillion.

Others argue that the resolution won’t help those who actually need help: The unemployment rate for individuals with or without a high school diploma is twice as high as those with a bachelor’s degree or more. In 2021, the Pew Research Center found that 38% of Americans aged 25 and older have a bachelor’s degree, and only 62% of students who started a degree or certificate finish their program within six years.

“As hardworking Americans struggle with soaring costs and a recession, Biden is giving a handout to the rich,” said Ronna McDaniel, chair for the Republican National Committee, in a statement. “Biden’s bailout unfairly punishes Americans who saved for college or made a different career choice, and voters see right through this short-sighted, poorly veiled vote-buy.”

What does it say about higher education in the country?

U.S. borrowers hold about $1.75 trillion in student debt, and a recent survey from Acorn+CNBC revealed that 81% of Americans deferred major financial decisions because of their student loans. Between 2000 and 2021, tuition fees also increased at more than twice the pace of inflation, according to Moody’s Analytics. However, Biden’s program won’t help high-earning professionals like attorneys or doctors, whose student loan debt averaged $200,000 after graduating medical school in 2021.

To resolve the financial crisis within the higher education system, Biden has already invested in the College Completion Fund, which supports evidence-based completion and retention efforts at colleges serving a majority of low-income students. The bill was allocated $5 million this year, but the final budget may go up to $200 million, if House Democrats obtain the amount they originally proposed.

“The policy issue is not whether to forgive some debt, but how and for whom,” said Adam Looney, executive director of the Marriner S. Eccles Institute at the University of Utah. “Debt forgiveness could be an opportunity to redress failures of the current system, make college financing more fair and equitable, and provide hope not just for existing borrowers, but also to future students who will borrow to pay for college and graduate school.”

Last week, Biden also forgave $4 billion in student debt for 208,000 borrowers who attended ITT Technical Institute, an online university that had to close its doors in 2016 after years of lawsuits involving fraud, corruption, predatory loans and harassment.