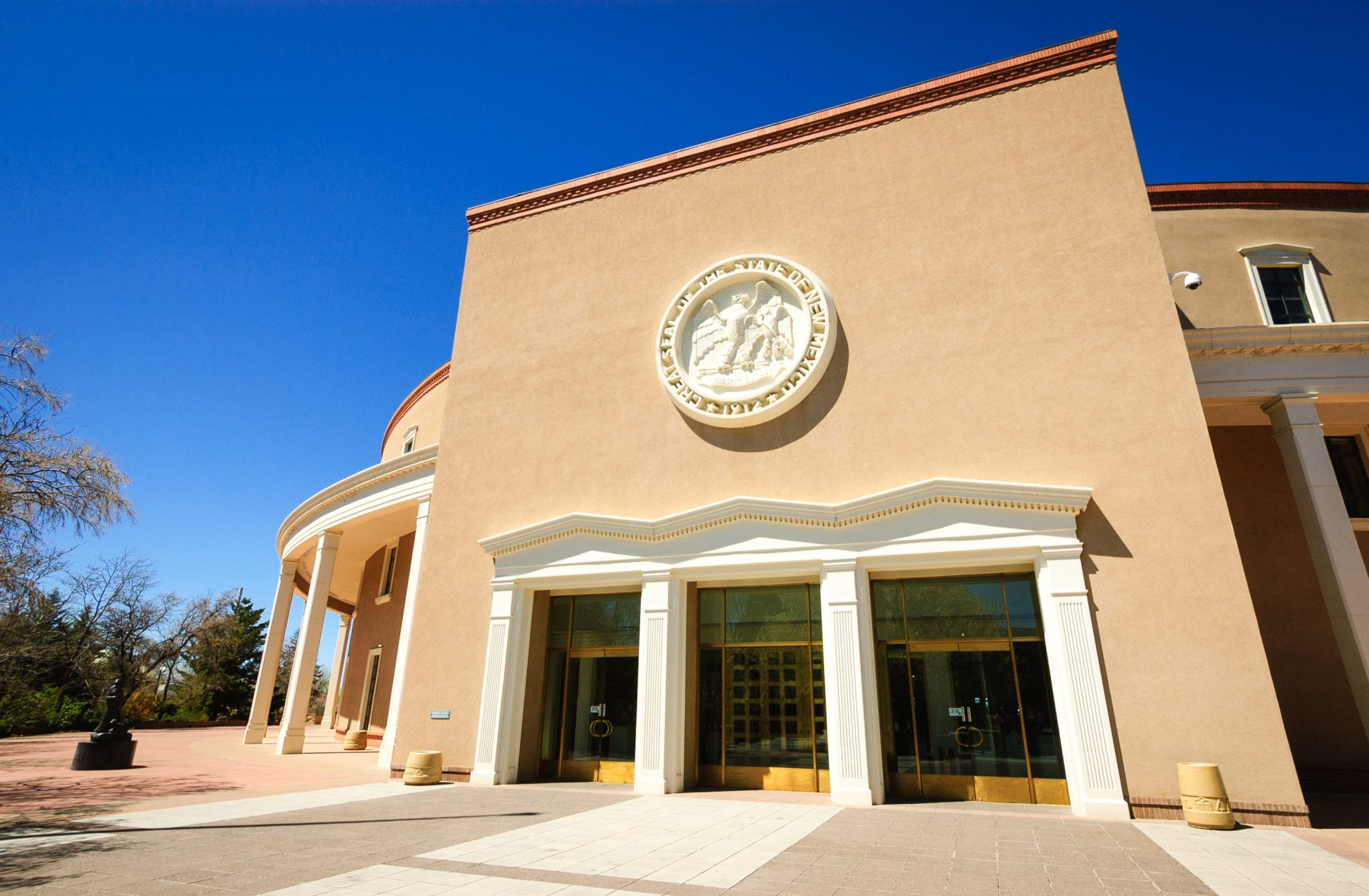 A few weeks ago, I had the privilege of testifying before members of the New Mexico legislature regarding policies that could generate greater economic growth and promote more stable revenue streams for the state.

That afternoon, I heard a particular comment raised more than once: there are many factors that influence why a business might locate in a particular state. As the commentary went, location decisions are not all about how competitive a state’s tax climate is. Concerns also include access to infrastructure, the availability of skilled labor, crime levels, and the strength of a state’s education system.

The economic theory and academic literature are clear, ceteris paribus (all else equal): firms are attracted to lower tax jurisdictions. And when tax burdens shrink, the economy grows as firms have more income available to reinvest in productivity. But nevertheless, all is often not equal. There is more to life, more to business, and more to location decisions than just taxes. On this point, I could not agree more.

Among other things, businesses care about an educated workforce—the greater the stock of human capital, the greater a firm’s productivity. Companies care about access to infrastructure and efficiently delivering their goods to market. They care about government services including police, fire, and EMTs. Individuals and families care about school quality, weather patterns, and affordable housing. The weight each person places on these factors will vary significantly. But what businesses require to remain open, and what every family needs to stay in their home, is money. Thus, tax policies come into play.

It would be a mistake to throw up our hands and suggest that tax policies are irrelevant. California, for instance, is a place that seemingly has it all: beaches, mountains, a wide variety of climates. It has seaports, airports, and vast multimodal infrastructure networks. It has fertile land, generous social benefits, and a rich history as a destination for opportunity. Yet, according to the U.S. Census Bureau, the state has seen net negative domestic migration every year since 1990. Meanwhile, Arizona has seen a population boom, benefiting largely from outmigration from high-tax California. Arizona’s lengthy efforts to promote regional competitiveness have paid dividends: the income tax produced 185 percent more revenue in 2019 than it did in 1992 (adjusted for inflation) despite—or arguably because of—substantial rate reductions. Moreover, Arizona’s inflation-adjusted collections have grown at nearly twice the rate of population increases.

According to Internal Revenue Service data, between 2018 and 2019, 71,547 more households left California for other destinations in the United States than relocated to California from elsewhere in the country. Approximately 52 percent of those households migrated to a state that borders New Mexico. Arizona gained 14,397 former California households, with $1.2 billion in adjusted gross income. Texas gained 14,242 households, Colorado gained 4,762 households, and Utah gained 2,993 households, for a total net migration of $2.5 billion in adjusted gross income. New Mexico was 13th on the list of destinations for net domestic outmigration from California. Only 1,143 California households (1.6 percent) chose to relocate to the Land of Enchantment, New Mexico.

Why hasn’t New Mexico benefited more from outmigration the way Arizona has? Between 1997 and 2021 Arizona’s real gross state product increased 100 percent while New Mexico’s only grew 41 percent. Why are Californians driving through or flying over New Mexico to reach Texas? Texas is a larger state in terms of population and land mass, but this is far from a panacea. With greater size comes an increased scale of potential challenges.

According to the Tax Foundation’s annual State Business Tax Climate Index, New Mexico is bounded by states with greater tax competitiveness. In the overall evaluation of states’ structural competitiveness, New Mexico ranked 28th in 2022. With regard to its neighbors, Utah ranked 10th, Texas was 14th, Colorado 20th, Arizona was on its way to 15th from 23rd, and Oklahoma was 26th. As components of the overall ranking, New Mexico ranked in the top 10 with regard to its property and unemployment insurance structures. However, the state’s overall uncompetitiveness is primarily due to its poorly structured individual income tax system; its relatively high individual and corporate income tax rates (5.9 percent); and its economically distortive sales tax, which covers an overly broad base and results in abnormally huge tax pyramiding effects. These factors interact to incentivize firms to locate (or relocate) outside of New Mexico, where it is less costly to do business.

The globalization of supply chains often takes the blame for why manufacturing moves out of various states, but according to a report by the U.S. Labor Department, most mass job relocations are from one U.S. state to another. Is it possible that tax competitiveness may play a role in where people and businesses, including those migrating from California, decide to locate?

Another comment I heard during testimony offered skepticism of the value of various ranking systems, including the Index. Transparently, criticism of interstate ranking systems is not limited to members of the legislature. Some contributors to academic literature on state taxation offer a similar criticism of business and tax climate studies. They contend that comparative reports like the Index do not consider the full range of important factors which directly impact a state’s business climate. However, a careful examination of these criticisms reveals that the authors believe taxes are unimportant to businesses and therefore dismiss the studies as being merely designed to advocate low taxes.

The State Business Tax Climate Index is designed to be an indicator of which states’ tax systems are the most hospitable to business and economic growth. The Index does not purport to measure economic opportunity or freedom, or even the broad business climate, but rather the narrower tax climate, and its variables reflect this focus. We do so not only because the Tax Foundation’s expertise is in taxes, but because every component of the Index is subject to immediate change by state lawmakers, thus creating the potential for substantial changes in tax competitiveness from one year to the next.

For example, it can take years or even decades for states to reap the economic benefits of education policy changes or infrastructure improvements, however valuable they may be. But policymakers can change their tax codes now in ways that yield both long-term and more immediate economic benefits. Contrary to Peter Fisher’s 1970s’ view that the effects of taxes are “small or non-existent,” our study reflects strong evidence that business decisions are significantly impacted by tax considerations.

Although Fisher does not feel tax climates are important to states’ economic growth, other researchers find the opposite. Bittlingmayer, Eathington, Hall, and Orazem (2005) find in their analysis of several business climate studies that a state’s tax climate does affect its economic growth rate and that several indices are able to predict growth. Specifically, they concluded, “The State Business Tax Climate Index explains growth consistently.” This finding was confirmed by Anderson (2006) in a study for the Michigan House of Representatives, and more recently by Kolko, Neumark, and Mejia (2013), who, in an analysis of the ability of 10 business climate indices to predict economic growth, concluded that the State Business Tax Climate Index yields “positive, sizable, and statistically significant estimates for every specification” they measured, and specifically cited the Index as one of two business climate indices (out of 10) with particularly strong and robust evidence of predictive power.

Of course, taxes are not the only factor at play in the location decisions of individuals, families, or businesses. Every participant in an economy has a variety of preferences and weighs each against the utility of another. In the moment, tax policies may not register at the top of a priority list. Nevertheless, the taxes paid by businesses (whether large or small) will eventually be a concern to everyone, because they are ultimately borne by individuals through lower wages, increased prices, and decreased shareholder value.

States do not institute tax policy in a vacuum, and they ignore that fact to their disadvantage. Every change to a state’s tax system makes its business tax climate more or less competitive compared to other states and makes the state more or less attractive to business. Ultimately, anecdotal and empirical evidence, along with the cohesion of recent literature around the conclusion that taxes matter a great deal to business, show that the Index is an important and useful tool for policymakers who want to make their states’ tax systems welcoming to business.

IRS updates guidance on taxability of payments to homeowners from state and local COVID funds
TreasuryDirect sold more than $27 billion in Series I bonds since Nov. 1. Now it’s getting a makeover
IRS updates per diem rates for business travelers for 2022-2023
Economic Implications of an Alaska Income Tax or Its Alternatives
46% of Americans continue to make this expensive credit card mistake