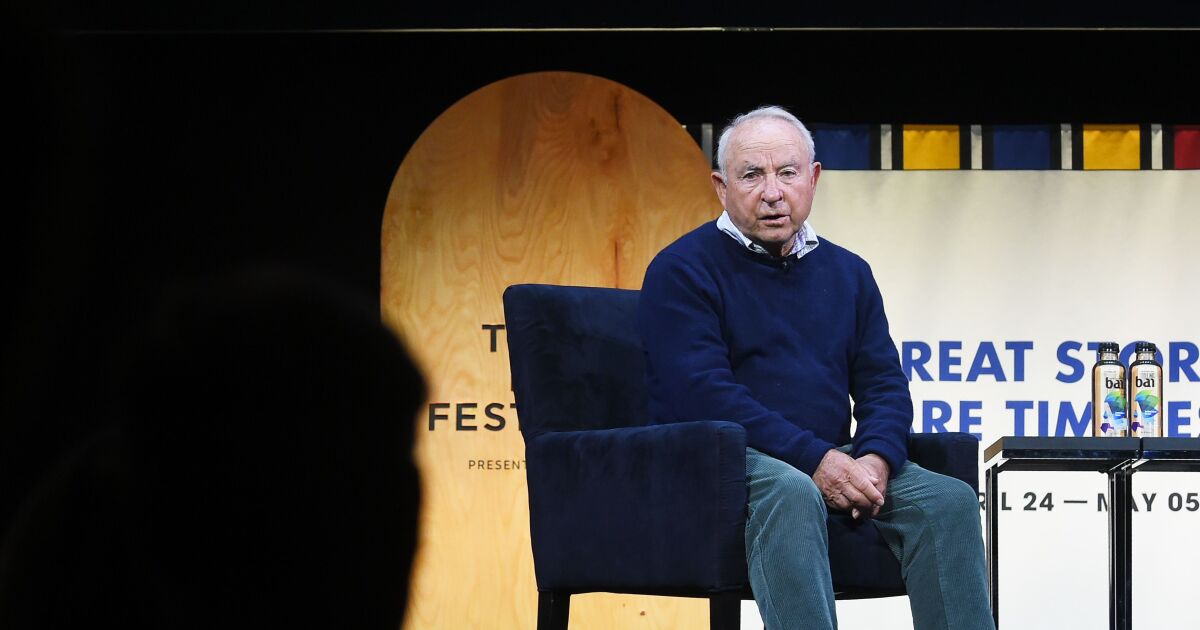 Patagonia founder Yvon Chouinard described his decision to give away the outdoor apparel-maker as his last-ditch effort to do all he could to protect the planet.

The deal is structured in ways that also bring the billionaire other perks, by letting him and his family keep control of Patagonia while shielding them from tax bills that could have totaled hundreds of millions of dollars.

By donating most of the company, which is valued at $3 billion according to the New York Times, Chouinard is at the fore of a small-but-growing movement among the ultra-wealthy to use nonprofits to exert political influence long past their lifetimes.

Chouinard, 83, transferred 98% of Patagonia shares to Holdfast Collective, a nonprofit that will deploy its roughly $100 million in annual profits “to fighting the environmental crisis and defending nature,” according to a statement Wednesday. He moved all of his family’s voting stock, equal to 2% of its total shares, to an entity called the Patagonia Purpose Trust.

“As the business leader I never wanted to be, I am doing my part,” Chouinard said in the statement.

While many billionaires make living donations with tax and estate planning as the primary considerations, Chouinard seems to have structured his Patagonia transfer with at least a few purposes in mind. Holdfast is a 501(c)(4), a nonprofit that can make unlimited political donations — unlike its cousin, the 501(c)(3). For that reason, any giving to a 501(c)(4) isn’t eligible for income-tax deductions. In addition, the Patagonia founder will owe $17.5 million in gift taxes for the shares he transferred to the trust.

Still, the moves mean Chouinard won’t have to pay the federal capital gains taxes he would have owed had he sold the company, an option he said was under consideration. On a $3 billion sale, that bill could be more than $700 million. It also helps Chouinard avoid the U.S. estate and gift tax, which is a 40% levy on large fortunes when they’re transferred to heirs.

“We are letting people opt out of supporting all the expenses of government to do whatever they want with their money,” said Ray Madoff, a professor at Boston College Law School. “This is highly problematic from the point of view of democracy, and it can mean a higher tax burden for the rest of Americans.”

Patagonia didn’t respond to requests for comment about the deal’s tax implications. Chouinard said in his statement that the trust was “created to protect the company’s values” of preserving nature through business practices.

Donating to a foundation or other 501(c)(3) nonprofit could have brought even more tax savings — namely, with a charitable deduction offsetting other income — but U.S. rules make it difficult for those organizations to own private businesses, said Ellen Harrison, a tax attorney at McDermott Will & Emery in Washington. Using a 501(c)(4) and trust lets Chouinard and his family continue to effectively control the company (family members will remain on its board under the new ownership structure).

“I suspect the driver was trying to preserve the company,” Harrison said of the transaction. Founders often “almost view these companies as part of their family.”

Electronics manufacturing mogul Barre Seid donated his company Tripp Lite to a 501(c)(4), Marble Freedom Trust, which then sold the business for $1.65 billion, sparing Seid from paying capital gains taxes on the transaction. The organization is led by a conservative activist whose activities helped cement the conservative dominance of the U.S. Supreme Court and counter abortion rights, voting rules and climate policy.

It’s unclear to what extent Chouinard’s Holdfast nonprofit will get involved in politics, since the issue of climate change is broad and could entail lobbying for legislation or apolitical charitable work, Harrison said.

“Battling climate change can mean a lot of things,” she said.

With a historically polarized government leading to repeated stalemates on legislation, it’s likely that more billionaires will see 501(c)(4)s as the most expedient way to ensure their policy aims and charitable intentions outlive them.

“If someone wanted to leave their votes behind after they die, we don’t let people do that,” Madoff said. “But through these organizations” they’re doing something similar, she said. “And their money is so much more powerful than a single vote.”

Tax Fraud Blotter: Pain at the pump
IRS updates per diem rates for business travelers for 2022-2023
These are the best ways to give to charity for the ‘vast majority of people.’ Here’s how to pick the most tax-efficient strategy
Acuity Brands Trades Higher After Earnings Beat
AICPA Foundation awards minority doctoral students with a $12,000 fellowship