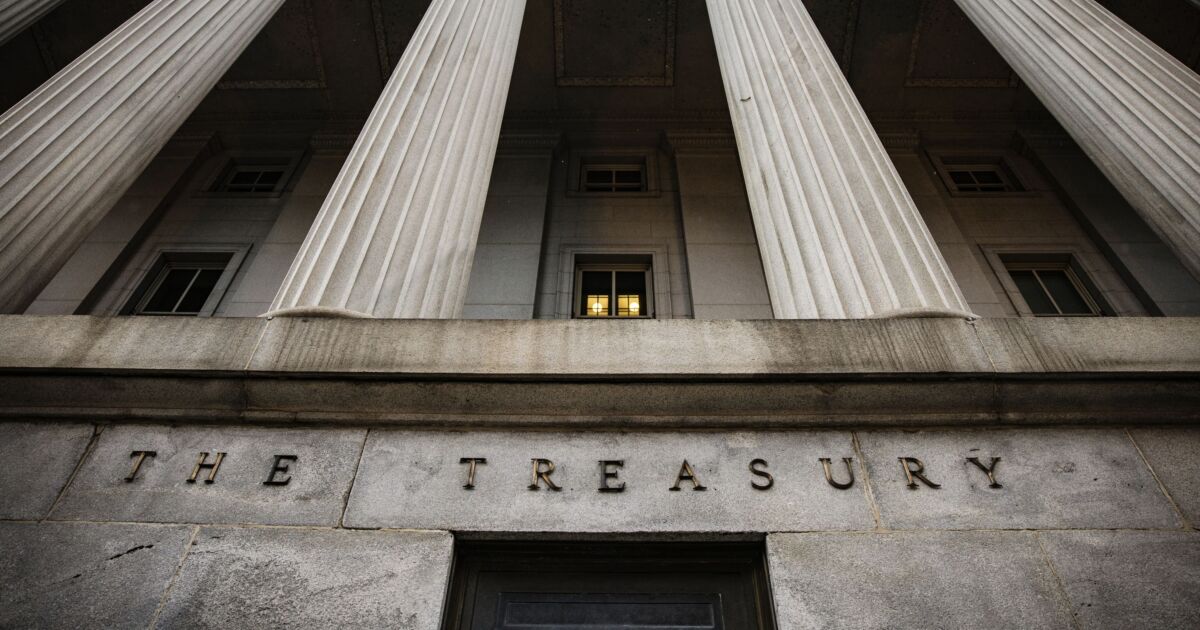 The Treasury Department recommended that the government begin the work of developing a digital currency of its own, just in case it ever wants to use one. The department drafted the report — one of three — as required in the March executive order “Ensuring Responsible Development of Digital Assets,” which instructed the Treasury to look into and make recommendations on the future of money and payment systems, consumer and investor protection, and illicit finance risks.

The digital coin recommendation, contained in the report on the “Future of Money and Payment Systems,” said a “central bank digital currency” could have significant benefits for the economy. It could help create a more efficient payment system, provide a foundation for further innovations, facilitate more efficient cross-border transactions, promote financial inclusion and encourage environmental sustainability.

This last point might sound counterintuitive to those familiar with the large energy requirements of certain cryptocurrencies (one report estimates that Bitcoin alone consumes as much electricity as the entire nation of Argentina). It was these very same observations, though, that led the Treasury to stress that such a digital currency would need to avoid these pitfalls. It is believed, however, this can be addressed through the structure of the currency itself.

“If based on a blockchain, a U.S. CBDC would likely use a permissioned blockchain, which consumes relatively less energy than a permissionless implementation, as the majority of the energy use from permissionless blockchains derives from the consensus mechanism. In addition, policymakers could require energy efficiency as a key tenet of the development of a U.S. CBDC technology. This technology could form the basis of environmentally sustainable technologies for other financial markets, promoting public welfare,” said the report.

The Treasury added that there are also national security implications behind the development of a digital coin. Should the government proceed with a digital currency, the report said it would need to be designed to help preserve U.S. global financial leadership and support the effectiveness of sanctions.

The report did concede that a U.S. central bank digital coin would have risks. There could be runs in times of stress, and it could affect the availability of credit and increase credit losses for both businesses and governments. Further, it may not be as reliable as the current system and may not operate at the same speed as private sector payment innovations.

Overall, while the report was agnostic over whether the country should ultimately adopt a digital currency, as China recently did, it said it would be a good idea to at least start laying the groundwork, as actual R&D plus implementation would likely take years. In order to do this preliminary work, it recommended that the Treasury Department lead an interagency working group to coordinate and consider the implications of a U.S. CBDC, as well as engage in information sharing with allies and partners, and have the principals and/or deputies of the Federal Reserve, the National Economic Council, the National Security Council, the Office of Science and Technology Policy, and the Treasury meet regularly to discuss the progress of the CBDC Working Group and share updates on CDBC and other payments innovations.

Beyond a possible U.S. digital currency, the report also delved into payment systems overall. The Treasury recommended that the government encourage the further use of instant payment systems along the lines of Zelle or Venmo, which it feels would work to support a more competitive, efficient and inclusive payment landscape.

At the same time, recognizing the risks such systems could theoretically present to consumers, it also said the government should establish a federal framework for payments regulation. While it argued that such a framework would be beneficial for a number of reasons, which mainly come down to consumer protection and the encouraging competition in the marketplace, it didn’t offer specifics as to what this framework should look like.

Finally, the report recommended that the U.S. prioritize efforts to improve cross-border payments, both to improve the efficiency of the payment system overall and to protect national security.

The payment systems report was the first of three released today, the others covering investor protection and education and the last concerning financial crimes enforcement.

Accounting Today calls for nominations for 2022 Top 100 People
Nearly 6 in 10 donors may give more to charity despite economic fears, study finds
CPAs can help families with children with special needs
On the move: BSS&F appoints first business dev director
3 Ways the Inflation Reduction Act Could Impact Your Taxes