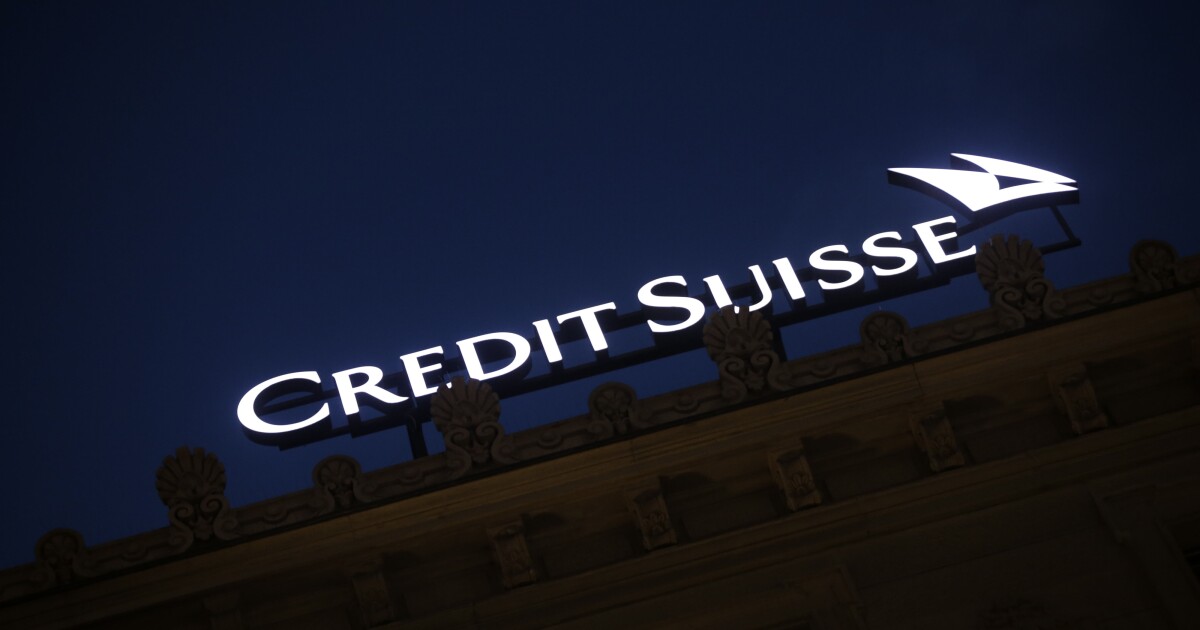 The Justice Department is investigating whether Credit Suisse Group AG continued to help U.S. clients hide assets from authorities, eight years after the bank paid a $2.6 billion tax-evasion settlement and pledged to tackle the issue.

Investigators are examining whether the bank aided U.S. account holders, particularly with South American passports, who may not have told the Internal Revenue Service about assets totaling hundreds of millions of dollars, according to people familiar with the matter. Former bankers blew the whistle on the bank, court records show.

Credit Suisse’s main banking unit pleaded guilty in 2014, admitting it helped thousands of Americans evade taxes. It paid $2.6 billion under that deal, which required it to close “any and all” U.S. accounts not declared to the IRS.

The Zurich-based bank denies improper conduct, and says it’s cooperating with US authorities.

“Credit Suisse does not tolerate tax evasion,” the bank said in a statement. “We have implemented extensive enhancements since 2014, to root out individuals who seek to conceal assets from tax authorities. Our clear policy is to close undeclared accounts when identified, and to discipline any employee who fails to comply with bank policy or falls short of Credit Suisse’s high standards of conduct.”

The investigations add pressure on a bank seeking to deliver a strategy that will revamp its risk culture, downsize its unprofitable investment bank and return it to profitability. Credit Suisse may sell parts of its Latin American wealth management business and severely decrease or further exit businesses in its investment bank. The stock has declined by about two-thirds since scandals surrounding Greensill Capital and Archegos Capital Management early last year.

Deputy U.S. Attorney General Lisa Monaco has vowed to crack down on repeat corporate offenders, but it’s unclear whether the Justice Department will take action against the bank, such as new charges or a financial penalty.

The bank’s outside attorneys have made their case to prosecutors in Washington, D.C., arguing it broke no laws and deserves no further punishment, according to the people, who weren’t authorized to discuss the matter publicly. They’ve also met with investigators from the Senate Finance Committee, which will issue a report in the coming weeks.

The Justice Department declined to comment. In a court filing last year, its prosecutors cited “ongoing law enforcement activities” related to the bank’s plea deal, and “discussions with Credit Suisse regarding the identification and remediation of remaining Swiss accounts held by U.S. citizens.”

U.S. taxpayers are supposed to pay taxes on income anywhere in the world, and foreign banks must notify the IRS about American accounts. The Senate Finance Committee, led by Oregon Democrat Ron Wyden, is also preparing a report that will discuss how the bank vetted dual citizens. Complex IRS rules can cause confusion at banks trying to determine if accounts are controlled by U.S. residents, the people said.

The committee has been investigating information ”suggesting that Credit Suisse continued to serve U.S. citizens hiding undeclared accounts offshore,” Wyden said in a statement. “Any systemic failures to crack down on undeclared U.S. accounts by the bank would be a clear violation of its plea deal with the Justice Department.”

In light of the Justice Department pledge to crack down on repeat corporate offenders, “This case demands full investigation and accountability,” Wyden said.

The Justice Department has examined allegations raised by whistleblowers who said Credit Suisse bankers “continued to assist additional Americans with concealing assets from the United States after 2014,” according to a court filing last November.

“Despite recent tough talk from DOJ about holding repeat corporate offenders accountable, nothing has happened to Credit Suisse,” said Jeffrey Neiman, an attorney for the whistleblowers. “They have gotten away with lying to the United States at the expense of the American taxpayer.”

The bank has turned to the law firm Kirkland & Ellis to make its case to prosecutors and Wyden’s committee. One of those presenting arguments to the Justice Department is Mark Filip, a former federal judge and deputy attorney general who has represented such companies as BP Plc, Goldman Sachs Group Inc., Boeing Co. and General Motors Co. in high-stakes investigations.