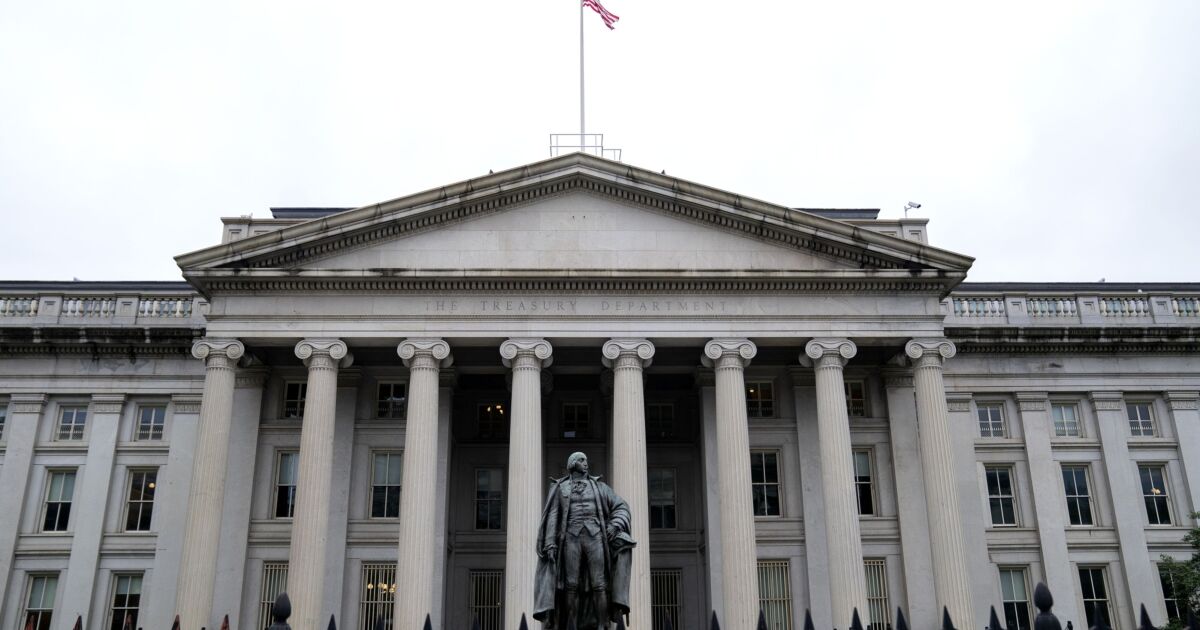 More than 30,000 cities, counties and tribal governments with billions of dollars in federal stimulus money to spend are now largely on their own.

The U.S. Treasury Department has already begun scaling down its support system for COVID-19 relief grant recipients, after Congress failed to let the agency tap into other, already allocated administrative funds to help with costs. At best, that means a lot more work for small localities, who frequently ask the Treasury about reporting requirements and restrictions on how they can use funds for operations, housing, infrastructure and other projects. At worst, it could lead to fraudulent spending.

“There are certainly checks in place, but there’s no question” that reductions in support staff limit the department’s abilities to monitor use of funds, said Jacob Leibenluft, who heads the department’s Office of Recovery Programs. Those checks, he said, include local and state audits as well as reviews by the Office of the Inspector General.

In the coming weeks, the Treasury will reduce basic outreach, reporting and compliance efforts for programs passed under the $1.9 trillion American Rescue Plan Act, including the $350 billion allocated to states, localities and tribal governments.

The agency is already closing call centers and will significantly slow email responses by the end of the month. Those changes, federal and local officials have warned, will hit the smallest governments the hardest, as they are not used to large inflows of federal cash and often don’t have the means to hire third-party auditing firms.

“This is a critical time to make sure that these dollars get out in a way that is efficient and that governments can be confident they’re spending in a correct way, or else those dollars are either not going to go out, or in the worst case scenario, there will be mistakes made that could have been avoided if that support line was open,” said Paige Cognetti, the mayor of Scranton, Pennsylvania, which received $68.7 million in ARPA funding.

The Treasury instituted a hiring freeze due to the lack of funds and is losing contracted staff as it shutters call centers, according to a senior official.

On average, the agency receives around 2,000 emails and 300 phone calls per week, with “significant increases around annual and quarterly reporting deadlines,” the official said.

Some of those questions are posed by organizations representing local governments. The National Association of Counties, for example, created an internal database of answers to questions from their members, but sends to the Treasury those that are too detailed or county specific.

Cognetti said Scranton is identifying high-priority questions to ask the Treasury Department before further cuts are implemented. Other mayors are similarly worried about the loss of Treasury support.

“Given how much is at stake and how important these funds are — and how determined we are to make sure we are dotting every I and crossing every T, and not making mistakes as we administer these funds — it sure would be nice to have the continued access to the call center and the support team that’s been so responsive up until now,” said Hartford Mayor Luke Bronin.

‘This is a crisis.’ Why more workers need access to retirement savings
Desk Blotters for Your Office
Goldman Sachs warns traders of shrinking bonus pool as Wall Street hunkers down
Here’s how the BlockFi bankruptcy may affect your crypto taxes for 2022
Amazon’s New Chips Coming for NVIDIA