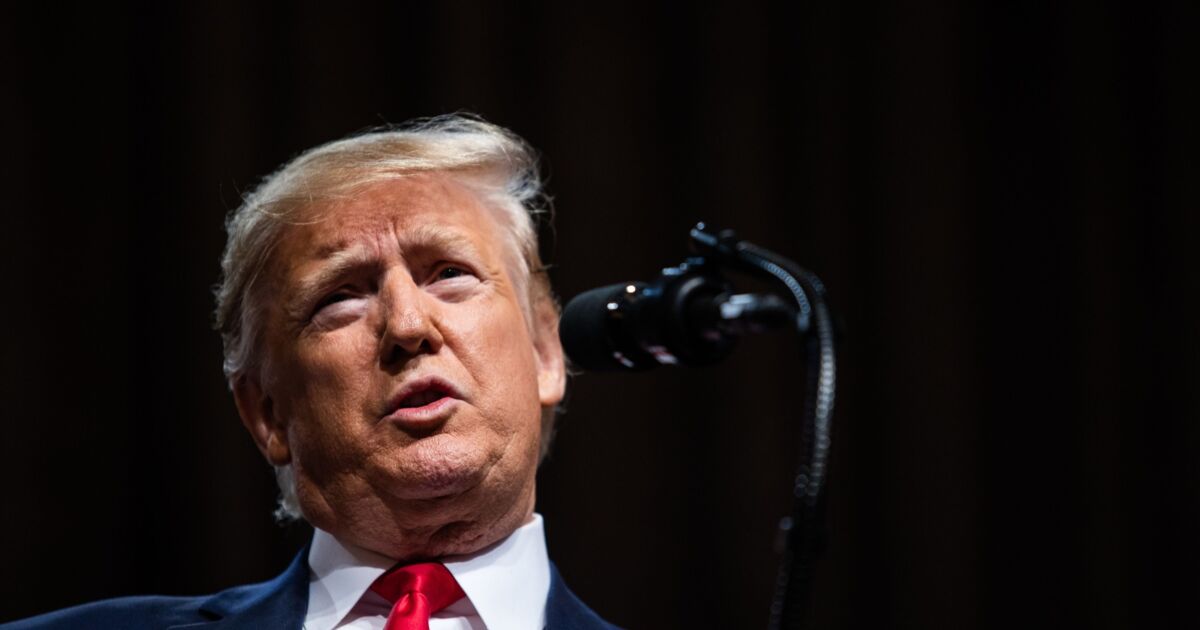 A federal appeals court rejected former President Donald Trump’s request to reconsider a ruling that his tax returns must be disclosed to a congressional committee.

The order from the U.S. Court of Appeals for the D.C. Circuit clears the way for the House Ways and Means Committee to get Trump’s financial documents, although the former president could still try to petition the US Supreme Court to intervene.

The court denied Trump’s request for the full D.C. Circuit to reconsider a ruling in August from a three-judge panel. No judge noted a dissent in the order.

The committee separately had asked the court to expedite issuing the “mandate,” a formal conclusion to the case that would allow lawmakers to get the documents faster.

The court denied that request on Thursday, as well as a request by Trump to delay issuing the mandate until he had a chance to go to the Supreme Court. It wasn’t immediately clear when the court would issue the mandate.

Trump’s attorneys and a spokesperson for the House Ways and Means Committee did not immediately respond to requests for comment.

Committee Chairman Richard Neal, a Democrat, requested six years’ worth of Trump’s returns from the Internal Revenue Service in 2019, citing a 1924 law that allows the leaders of three tax committees in Congress to ask the US Treasury secretary for the returns of any taxpayer.

The Treasury Department under Trump refused to comply, so the committee filed suit. Last year, under the Biden administration, the Justice Department directed the Treasury to hand over the tax returns to Congress. Trump sued to block the release.

The Supreme Court ruled last year that Trump’s taxes could be turned over to a prosecutor in Manhattan. In a separate case , the justices asked that lower courts review whether a House request for the returns was “no broader than reasonably necessary.”

Though presidents and candidates for the White House aren’t required by law to show voters their tax returns, it has been common practice for decades. Trump is a rare exception. During his campaign and while serving as president he declined to make public his tax documents.