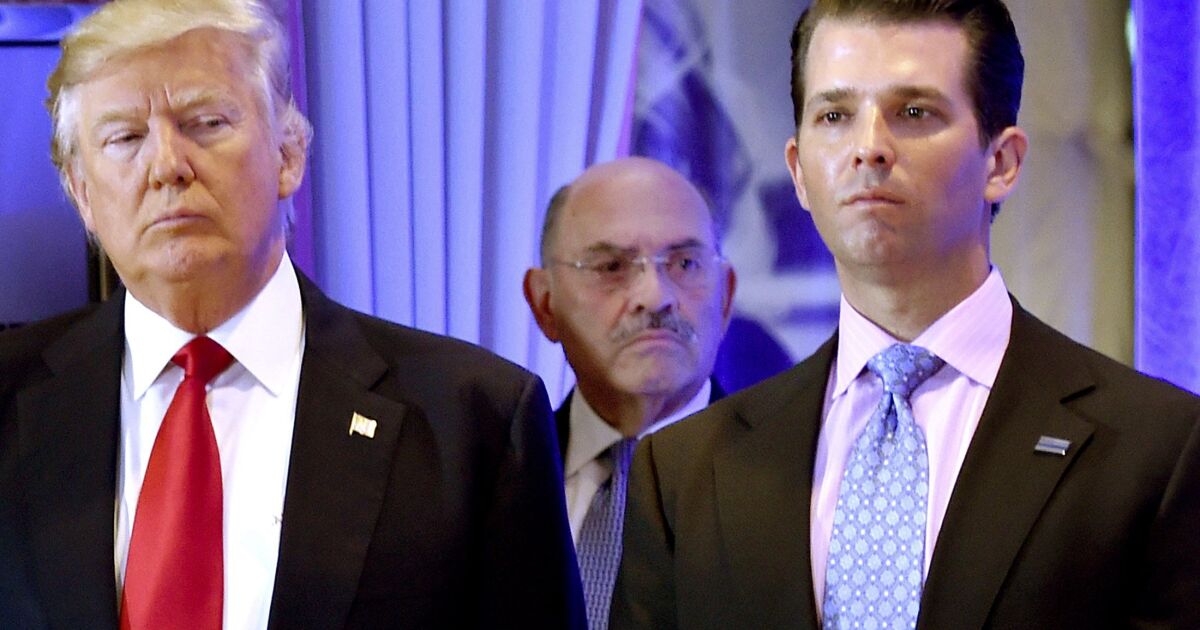 Jurors in the Trump Organization’s criminal tax fraud trial saw how longtime chief financial officer Allen Weisselberg collected a host of perks, including a rent-free apartment, flat-screen TVs and even private school tuition for his grandchildren.

Donald Trump himself put his distinctive signature on some of them, the jury learned. Then, after he was elected president, the firm brought in an outside auditor to review — and scrub — some of its unorthodox business practices, its controller testified on Tuesday.

Trump, who isn’t charged in the case, personally paid more than $89,000 a year in tuition to Columbia Grammar and Preparatory School for the grandchildren, records showed. The two Trump companies on trial paid $45,000 for Weisselberg’s parking from 2005 to 2017 and $286.95 a month for his cable bill. They even doled out $4,925 in cash to Weisselberg in 2014 for “Christmas tips,” according to company ledgers.

“He was the boss,” Controller Jeffrey McConney said of Trump, to the jury in New York State Supreme Court in Manhattan.

The array of benefits came up as prosecutors questioned McConney about perks they allege he and other senior employees received to fatten their pay while hiding their and the firm’s tax obligations. The trial — which was adjourned to Monday after McConney tested positive for COVID-19 — threatens to reveal the inner workings of the real estate empire that set Trump on his path to the White House.

McConney testified that after Trump won the US presidency in 2016, in came the auditor.

“I was instructed at certain points to do things differently,” he told the jury.

Manhattan District Attorney Alvin Bragg’s prosecutors argue that the Trump companies engaged in the fraud scheme over more than a decade. The jurors on Tuesday saw that Weisselberg and his wife got a $6,500-a-month apartment on Manhattan’s Upper West Side paid for and $10,000 in moving expenses covered.

And they saw the lease Trump signed.

‘Whose signature is that?’

In questioning McConney, Assistant DA Joshua Steinglass showed the jury that, under the lease, which ran from May 1, 2005, to April 3, 2007, the 21st-floor apartment was to be occupied by Weisselberg or other Trump employees. That provision could help prosecutors persuade the jurors that it wasn’t just a one-off perk for Weisselberg but an amenity, sanctioned at the company’s highest level, that could be used to mask the tax burdens of various executives.

“Whose signature is that?” Steinglass asked McConney, indicating the lease.

Steinglass also questioned McConney on the raises Weisselberg got in 2018 and 2019.

McConney, who coughed repeatedly during his two days on the witness stand this week, appeared to flag Tuesday just before the lunch break. After his COVID test came back positive, the jury was told to return to court next week. The trial is expected to last about six weeks.

Weisselberg, the DA’s star witness, pleaded guilty in August in an agreement that requires him to testify truthfully against the two Trump companies in exchange for a lighter sentence. The defendants say he led the illicit arrangement for his own benefit without their knowledge.

Trump, who faces a variety of other probes and lawsuits even as he considers a presidential run in 2024, has called the case a “witch hunt” and said the same of the others.

Consol Energy (CEIX) and Whirlpool (WHR): 12/2/2022 Bull & Bear
32 Last Minute Christmas Gifts for Employees, Co-Workers, Clients and Your Boss
This Dividend Aristocrat Is Pushing All-Time Highs
It’s been a volatile year for the market: These are the key things to know before rebalancing your portfolio
The fear of loss can cost investors big-time. Here’s how